What I want from a home. 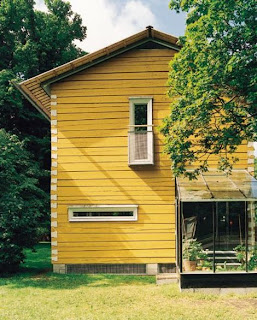 I often think about the house I hope to have one day. I have many many ideas. As a former architecture major I spent an enormous amount of time thinking about what makes a good house. So much so in fact, that was part of the reason I changed majors. I was far too obsessed with houses. I would myself losing sleep about what I would like to see built.

But unlike other arts, there was little I could do about it. I could sketch it in a notebook, or even make a 3-dimensional rendering with a computer, or build small scale models, and I did all these things, but that was only partially fulfilling. Even after I would have graduated and become a licensed architect, it would still be many many years before I would actually be able to have my designs built. One often does not become an actually 'architect' until they are 40 or 50. Before that time they are a draftsman for an architect. Actual architects usually just make rough sketches which their draftsman make into plans that can be built from. A person must either move up in their company until they are head architect, or start their own firm, which would likely not receive much solicitation for a long time. I felt such a burning desire to create buildings, yet not only did I not have an outlet for this, and knew I would not for many many years.

Also unlike other arts, architecture cannot be easily escaped. Almost anywhere one goes, a person is surrounded by buildings. Being surrounded by buildings, I would constantly be thinking about what I would do differently. Growing up in Utah, where the architecture is monotonous and uninspiring, I felt frustrated by my inability to do anything about the the buildings by which I was surrounded. Once I finally gave up the desire to be an architect I felt released from that.

Though I still think about buildings and designs, my sketch books often contain a handful of floor plans and renderings, but I no longer obsess over it.

There are some things I would really love to have in my house:

A sacred or holy room. This would be a room that would be simple and uncluttered. Full of light and good feelings. It would be a place of quiet one could go to meditate, pray, or possible read. It wouldn't have much in it, it would be a place to get away from the worlds. I imagine it having plants and big windows allowing lots of light and an attractive view of plants or water something. I think it would be nice if this was something common to all houses. If people had such a room, they would be more inclined to take time out of their day to sit in silence and feel the warmth of the universe. 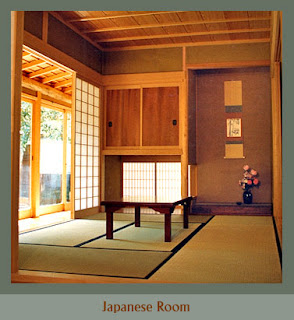 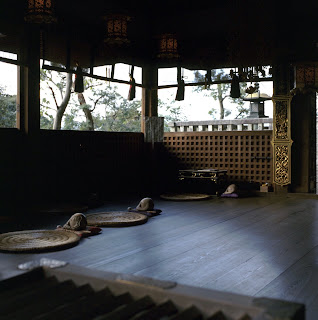 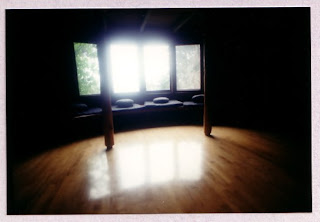 Rooms like wide hallways:
I love rooms that are very long, with one wall being all windows. 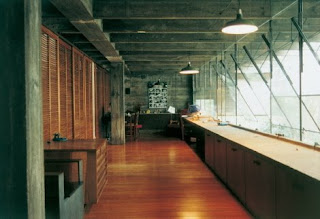 We all know what a library is.

I love hallways that have windows on one side and doors or whatever on the other side.

A studio:
This would maybe be attached to the house, or a little building built near the house.

For tea ceremonies. This would need to be in a separate small building outside the house as a part of the tea ceremony is walking the path leading to the tea room. 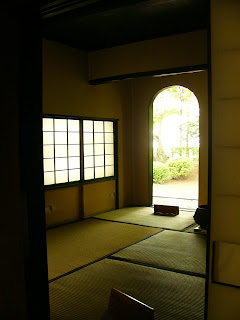 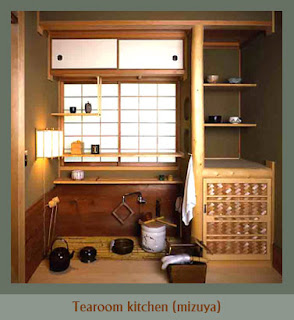 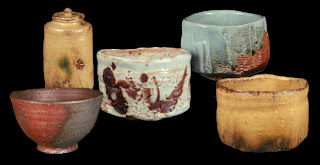 Kitchen's are one of the most important parts of a house. People spend a great deal of time in them. I think a good kitchen should be open and light, with enough space it feels uncluttered yet one can still have all the necessities of a kitchen. Below are two kitchens I like. Though I think the first could use more natural light. 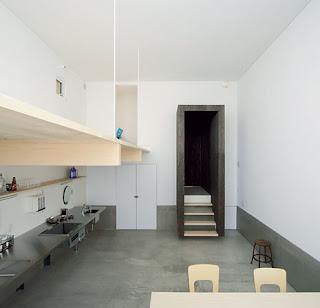 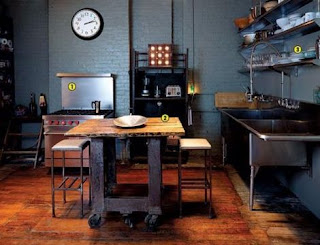 A cool bathroom with a nice bathtub because I love taking baths. I like bathrooms with lots of wood.: 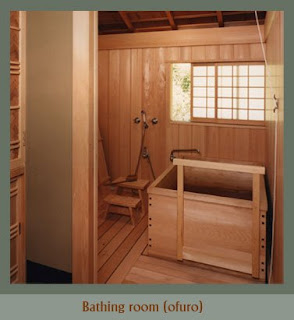 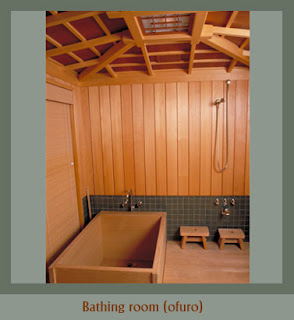 I want a small house. In my opinion big houses are silly. They waste lots of space. My grandpa(one of the co-founders of Enron) has an enormous house, yet all his time is spent in his library/study, or the kitchen/breakfast nook, or the bedroom. He has this gigantic entry way, yet he himself enters through the garage into a little side room. This is typical of many houses. The entry is one of the largest, most elaborate parts of the house, yet that isn't even the door the home owner typically uses. It is just to impress guests and waste space. He has a giant size living room, but it isn't a comfortable place to be in and no one ever uses it, except, perhaps, for parties. I think when building a house the money would be better spent being invested into nice materials and craftsmanship, rather than large size.

I would also like to have a large vegetable garden where I can grow as much of my own food as I can. I love it when gardens are in the front and back yard. This also cuts down on grass which is a big water waster. But some grass is nice, for kids to play on, and bbqs and back yard parties. I would like a flower garden because flowers are pretty. I would like a greenhouse to allow year round growing. I would like a variety of fruit trees. 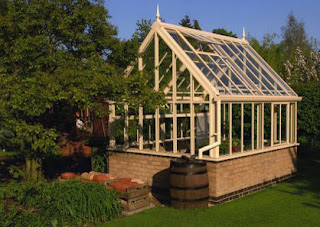 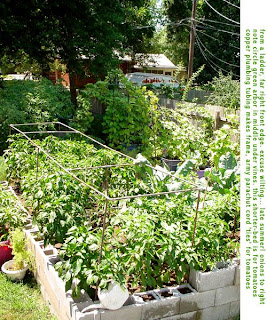 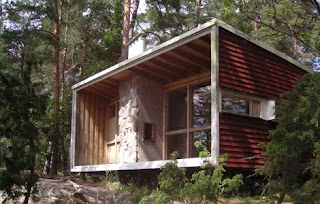 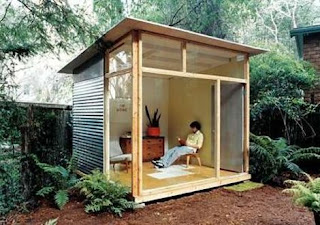 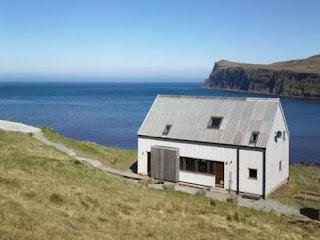 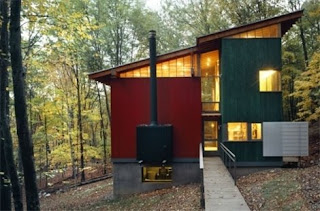 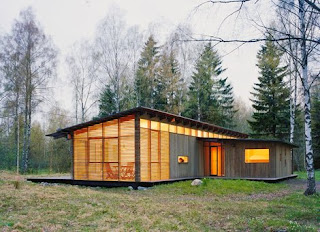 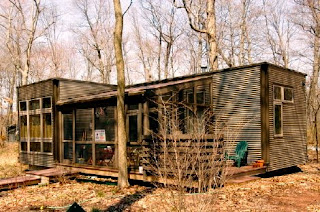 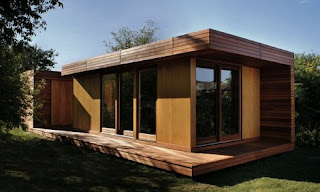 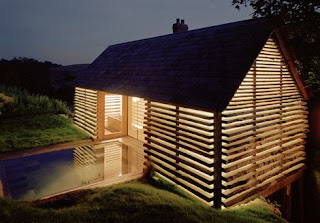 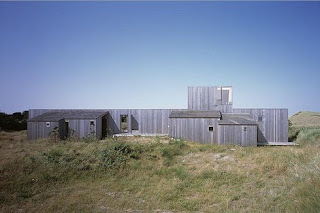 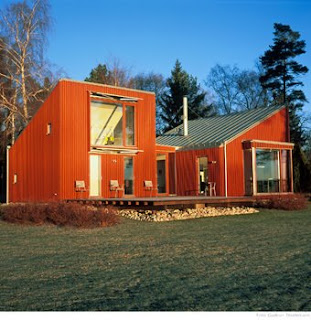