It is funny how 'never forget' or some variation based on the idea of not forgetting has become the slogan of September 11th. As if anyone is at risk of forgetting what may be the most momentous event to occur in their lifetime. Not only is no one at risk of forgetting, but is this even a mantra we want to be repeating? Never forget, keep fear, anger and resentment burning inside of you?

It would be interesting and nice if instead of being constantly reminded to not forget, we had a mantra about forgiveness. As a Christian nation, a mantra of forgiveness would be more inline with Christianity than one of never forgetting, Something no one is at risk of in the first place.

Here are a few pictures of the new place Marissa and I have moved into. As well as a couple pictures of a morning glory flower I have been growing which recently bloomed. 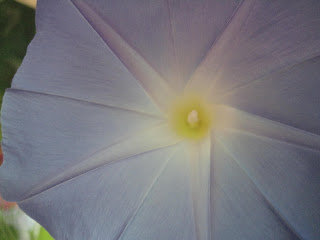 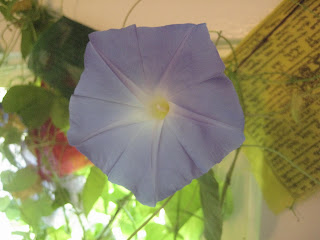 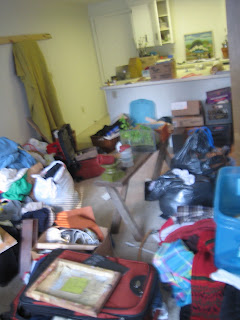 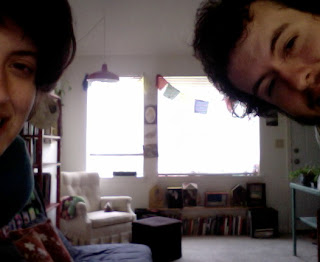 If people need to be reminded not to forget it means they are forgetting, which seems a good thing to me; for I am not sure what the point of remembering is, in this case.

The only thing to remember would be a life-lesson, "Never forget the dog that bit you, and then you will be cautious with unknown dogs" - if that is a lesson to remember.

But if the lesson has not been learned, then there is nothing worth remembering.

I can remember what I thought when I heard the news on that day: that America would finally understand that there are people who hate its ways and are not afraid of its might; and just because they don't have the firepower to declare war on it doesn't mean they won't find some other way to declare war.

What I wonder is this: what political function is served by the slogan "Never forget"? Or is it a sentimental thing - "we Americans are vulnerable after all, let's unite ourselves"?

I do not understand the collective American psyche, if there is one. I can understand the non-white minorities better. But the accumulation of bullshit in the psyche is like a terrible clogging of the arteries, preventing ordinary humanity from emerging at all - or so it seems from this distance.

Best wishes to you and Marissa & may your mornings be as glorious as the flower's.

I was looking back on this entry yesterday because I had remembered I wrote an entry about september 11th last year but didn't remember what I had said.
I guess I never noticed this comment before now, so I guess I will take the chance to respond, though this is over a year old.
In regard to your first paragraph,
in what way does saying something make it necessary? The term 'never forget' developed almost immediately after the event happened. By your reasoning if I were to say, 'Vincent, never eat a t-shirt' it would mean you were going to eat a t-shirt.

Yes! It would be very peculiar to say "Vincent, never eat a T-shirt!" unless you thought I might consider eating one.

But I've given up trying to understand the American psyche, being too imbued with the English one. Here we have just been marking the 70th anniversary of The Blitz, in which German bombers laid waste to cities and towns of England for months in 1940. Hitler wanted to knock England out of the war quickly, before USA had decided to come to our aid.

The British prided themselves on "Business as usual" to demonstrate to the enemy that their strategy would not work.

Nobody said "never forget" but when we had some co-ordinated bombings on July 7th 2005, there was evidence of the same business-as-usual approach. Clearly the best way to fight terrorism is not to be terrified, but carry on as far as possible as if nothing has happened. Whilst of course calmly protecting oneself from further occurrences and trying to catch the culprits - which is what we have governments for.

In retrospect I would have done better to agree with your main point - that one should not keep fear, anger and resentment burning.

While it would be unusual for me to give advice about you eating a t-shirt unless I believed there risk it might happen, it would not mean the risk was genuine, merely that I perceived it to be so.(and that perception may be mistaken.)

Similarly, while people may feel a need to remind others not to forget 9/11, it does not mean there is an actual need, only a perceived one. A perception I believe is mistaken.

But that is a small point, and it sounds like we agree more than disagree on the larger point.