I had a really great birthday, all thanks to Marissa. It really is so nice to be in a committed relationship. To have someone who is willing to consistently go out of their way to do things like make sure you have a good birthday means a lot. The world can sometimes be an unwelcoming place, but having someone who is always on your side makes it much more congenial.
(Congenial may seem like an odd word choice. I had a hard time decided what would be the right word to use here, but after checking a thesaurus, I thought congenial seemed closest to what I wanted to say. Congenial: pleasant or agreeable because suited to one’s taste or inclination. Having someone always on your side makes the word much more congenial.)

Things like lists are useful because they can convey a lot of information using only a minimal amount of words. Here is a birthday list:

⦾⧈⧂ Brand new, portable water color set, just like the one I've had for so many years, but is no longer usable.

⦾⧈⧂ Coupons for books about Tea and training cats.(I really want to learn teach Glen Close things to enhance our communication with each other).

⦾⧈⧂ Coupons for things you probably don't want to hear about.

⦾⧈⧂ A Cd of Marissa pretending to be a book on tape from audible.com, a radio DJ and songs on the radio in various genres.


⦾⧈⧂ A box of lemon cake mix that never got made.

⦾⧈⧂ A beautiful drive through a Forrest where a shocking number of trees had blown over from hurricane force winds in 2007.


⦾⧈⧂ 15$ for pizza that tasted like the cheapest sort of frozen pizza.

⦾⧈⧂ 7$ for pizza that was literally the best pizza I have ever had. And, oddly, it was being sold inside of a State Park by a friendly older guy with an Asian wife at least 20 yrs his junior.

⦾⧈⧂ Breakfast at place where you have to line up outside that gave Marissa a waffle (although she ordered pancakes) that was about 5$ and about the size of a CD in terms of both thickness and diameter.

⦾⧈⧂ Sleeping in a Yurt.

⦾⧈⧂ Watching "The Informant" in a Yurt.

⦾⧈⧂ Really enjoying 'The Informant' and its refreshingly non-glamorized portrayal of the Fbi.(unlike every other show or movie, which portrays the Fbi as ultra-cop super heroes, rather than the white collar office guys they most often are.)

⦾⧈⧂ Getting really freaked out by raccoons lurking in the dark around our Yurt and trying to scare them off with a broom.

⦾⧈⧂ Having our hearts melt when raccoons look right at us with what felt like sad, pleading eyes.

⦾⧈⧂ Getting comfortable about raccoons lurking in the dark and feeding them English muffins and avocados.

⦾⧈⧂ Having a mediocre campfire because our wood was too moist.

⦾⧈⧂ Drinking beers around our mediocre campfire and talking about our families. Feeling way more intoxicated than expected because of iron supplements which apparently enhance the subjective affects of alcohol considerably.

⦾⧈⧂ Stumbling upon an arcade full of awesome video games and spending 15$. (this arcade also had a 'game' that simulated being on a ride, such as a roller coaster or haunted house. You laid back in a chair which bumped and shook while watching a screen.)

⦾⧈⧂ Getting to be the Birthday Boy and have everything be my way or the highway.

⦾⧈⧂ Listening to 'Savage love' podcasts while driving on the Highway 101.

⦾⧈⧂ Having a rash 'where the sun doesn't shine' or 'you know where' (from having recently been doing a lot of bike riding for the first time in many months) that by the end of the day got so bad I could hardly walk.

⦾⧈⧂ Getting home and Glen freaking out because he is so excited to see us. Him incessantly licking our hands and arms and when we fall asleep him crawling under the covers and licking our legs. 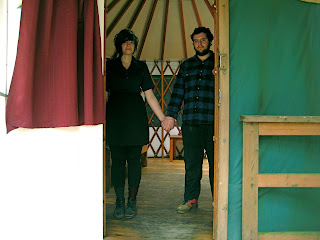 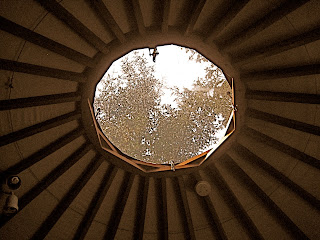 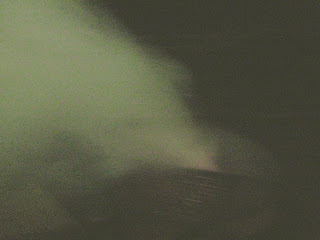 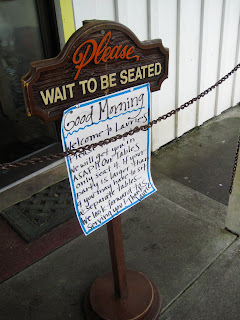 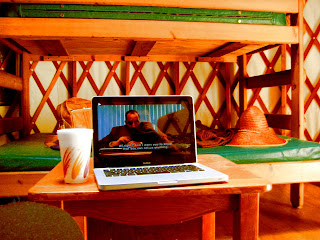 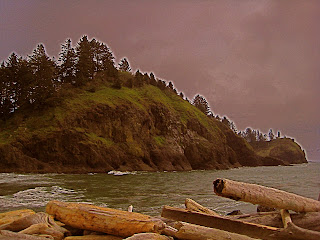 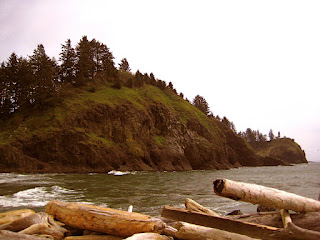